Galilee Cities Vie for Title of 'Most Racist' 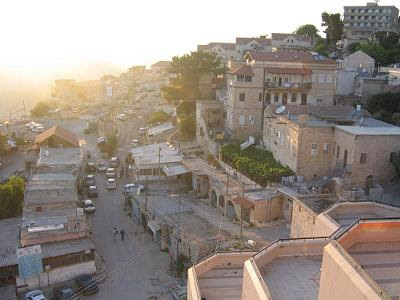 "The tranquility of Safed, a small Israeli city nestled high in the hills of the Upper Galilee close to the Lebanese border, is not usually disturbed except by the occasional pilgrimage by Madonna or other famous devotees of the Jewish mystical teachings of Kabbalah.

But in the past few weeks, Safed -- one of Judaism’s four holy cities -- has been making headlines of a very different kind. Gideon Levy, a columnist for the Israeli daily Haaretz, last week declared it “the most racist city in the country”.

The unflattering, and hotly contested, epithet follows an edict from Safed’s senior rabbis ordering residents not to sell or rent homes to “non-Jews” – a reference to the country’s Palestinian Arab citizens, who comprise a fifth of Israel’s population....

In 1948, when Jewish forces captured the town, Safed was a mixed city of 10,000 Palestinians and 2,000 Jews. All the Palestinian inhabitants were expelled, including a 13-year-old Mahmoud Abbas, now the president of the Palestinian Authority...."
Posted by Tony at 4:35 AM