US must begin criminal investigation of torture following Bush admission 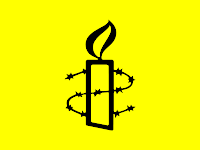 "Amnesty International today urged a criminal investigation into the role of former US President George W Bush and other officials in the use of "enhanced interrogation techniques" against detainees held in secret US custody after the former president admitted authorizing their use.

In his memoirs, published yesterday, and in an interview on NBC News broadcast on 8 November 2010, the former President confirmed his personal involvement in authorizing "water-boarding" and other techniques against "high value detainees".

"Under international law, the former President's admission to having authorized acts that amount to torture are enough to trigger the USA's obligations to investigate his admissions and if substantiated, to prosecute him," said Claudio Cordone, Senior Director at Amnesty International......"
Posted by Tony at 10:50 AM