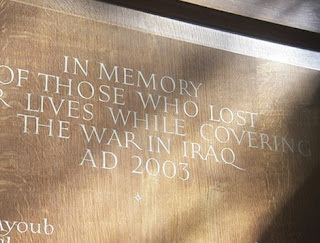 "In an extraordinary alliance of TV and cinema, John Pilger's new film, 'The War You Don't See', opens in the UK mid-December. Following its premiere at the Barbican on Tuesday 7 December 2010, the first Pilger film since 2007 will be showing at the Curzon Soho on Monday 13 December 2010 and at cinemas nationally, followed by a satellite Q&A. The following night, Tuesday 14 December, ITV will broadcast 'The War You Don't See' at 10.35pm.
The new film is a powerful and timely investigation into the media's role in war, tracing the history of 'embedded' and independent reporting from the carnage of World War One to the destruction of Hiroshima, and from the invasion of Vietnam to the current war in Afghanistan and disaster in Iraq. As weapons and propaganda become even more sophisticated, the nature of war is developing into an 'electronic battlefield' in which journalists play a key role, and civilians are the victims. But who is the real enemy?...."
Posted by Tony at 7:51 AM