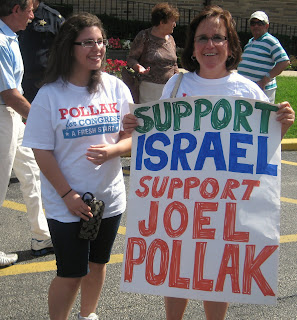 "Most voters seemed to understand that the outcome of America’s midterm election was the result of a devastated economy and the President Barack Obama’s failure to create jobs or even to understand the difficulties that are confronting many American families. But it’s nevertheless strange how America’s elites never seem to get it, probably because they are completely immune to the consequences of their own actions through their possession of money and power. The latest failure to compute comes from the triumphant Republican Party, which appears to believe that the electoral results were an endorsement of the foreign and security policies of George W. Bush, which will mean blanket approval of a prolonged stay in Afghanistan coupled with new adventures in Iran, Yemen, and Somalia. There is also sure to be a continuation of the highly effective US embargo directed against Cuba, which has been so successful at removing Fidel Castro from power......

And just to demonstrate that foreign policy idiocy is bipartisan, there was a congressional race in Illinois between incumbent Democrat Jan Schakowsky and Republican challenger Joel Pollak. The two candidates eschewed any debate over the economy and instead traded insults over who was a better candidate for Israel. According to the Israeli media Pollak, an Orthodox Jew born in South Africa, started the exchange by claiming that Schakowsky was "soft on Israel’s security," that she was "too sympathetic to the Palestinians" and supportive only of "weak" sanctions against Iran. Pollak, one of whose supporters is Alan Dershowitz, asked Schakowsky to join him in "condemning the Obama administration’s ongoing attack on Israel." In a debate with Schakowsky, Pollak unrolled a map of Israel and announced "My focus tonight will be Israel."

Schakowsky’s campaign countered that she had a 100% pro-Israel voting record, which was the truth, including even a vote in favor of Israel’s right to defend itself after it killed 300 Palestinian children in operation Cast Lead against Gaza. She also cited self defense when signing a congressional letter endorsing the killing of US citizen Furkan Dogan on the Gaza flotilla. In addition, she has enthusiastically endorsed every actual and proposed piece of legislation sanctioning Iran.....

....And congressional candidates arguing about who adores Israel the most brings back memories of Joe Biden and Sarah Palin’s lovefest on the issue. Wasn’t there anyone out there running for office who pledged to put the interests of the American people first?"
Posted by Tony at 6:41 AM