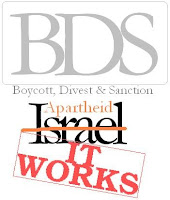 "More than 600 activists from Quebec, Canada, and the United States gathered in Montreal from 22-24 October for a weekend-long conference on growing the boycott, divestment and sanctions (BDS) movement. The opening public panel at the conference offered reflections on the five years since the unified Palestinian call for BDS was first made, including views from Palestine and South Africa. Much of the weekend drew participants together in sector-oriented working groups and on Sunday the final session offered a report back to a crowd of hundreds.

This audio report by Gretchen King features keynote speakers Areej Ja'fari (Palestine Freedom Project), Stephen Faulkner (Congress of South African Trade Unions) and Omar Barghouti (Palestinian Campaign for the Academic and Cultural Boycott of Israel and the Boycott National Committee). The audio report includes highlights from the final session, such as the conclusions of Judy Da Silva, an indigenous activist who traveled from Grassy Narrows in northwestern Ontario to participate in the conference...."