The Babylonian Captivity of Washington 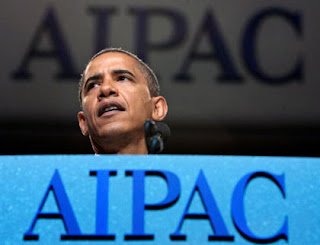 "......Many critics of the perennially lopsided relationship that the United States enjoys with Israel have noted a disturbing shift in the relationship during the first three years of the Obama Administration. To be sure, Obama appears to genuinely dislike Israel’s arrogant Prime Minister Benjamin Netanyahu, a sentiment that is fully reciprocated. But Obama is bound hand and foot into an engagement with Israel in which he lacks leverage over what might or might not take place. Even George W. Bush was able to say no to Israel when it was mooted that Tel Aviv might attack Iran, but Obama has painted himself into a corner where the United States has little influence over what might occur. Whether the Obama reticence is due to the control exercised by his Chicago billionaire patrons, the Crown and Pritzker families, both of which are strong supporters of the Middle East status quo, or whether it is just a more generalized fear about what might happen in the upcoming national elections, the result has been paralysis in Washington. Recent war games conducted by the Pentagon have confirmed that a new conflict with Iran started by Israel would quickly draw the United States in and would become regional in nature. The war would not produce a good result for anyone involved and would be particularly bad for the United States, which would again slide into deep recession as energy prices soar......"
Posted by Tony at 6:40 AM