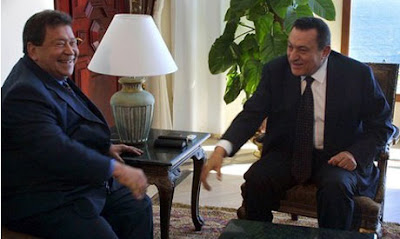 "An Israeli lawmaker with close ties to the ousted Egyptian regime says former spy chief Omar Suleiman would be the best president for Egypt in terms of Israeli interests.

The 1979 accord is a pillar of stability for both countries.

But Israeli concerns for its future have grown with the rise of Islamist parties in Egypt. The Brotherhood has said it would seek changes, but not cancel the peace deal.

Ben-Eliezer is a longtime friend of toppled Egyptian leader Hosni Mubarak. Suleiman announced his candidacy for president last week."
Posted by Tony at 8:58 AM