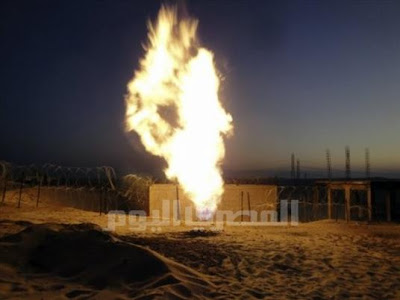 The blast took place in North Sinai at the entrance of the Mediterranean coastal town Arish. Residents in the city told Reuters they had heard the sound of the explosion.

No group has claimed responsibility for the attacks on the installation that crosses the increasingly volatile Sinai Peninsula. Security in Sinai was relaxed after the fall of Mubarak in 2011 as the police presence thinned out across Egypt.