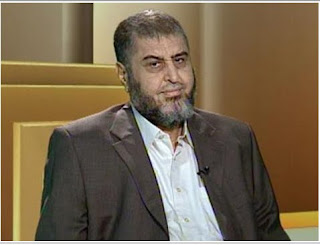 "CAIRO, Apr 12, 2012 (IPS) - Egypt's Muslim Brotherhood has surprised both supporters and rivals by abruptly announcing its own nominee for upcoming presidential elections, despite earlier promises that it would not field a candidate from within its own ranks.

"The Brotherhood's sudden decision to field a presidential candidate was a hasty one," Amr Shobki, sitting MP and political analyst at the Cairo-based Al-Ahram Centre for Political and Strategic Studies told IPS. "The move is sure to have a negative impact on the Brotherhood's credibility and public image.".....

According to political analyst Diaa Rashwan, the decision to nominate al-Shater represents a "watershed" in the Brotherhood's history.

"It's a sea change in the group's policy, from a strategy of gradual change to one of rapid transformation," he said at a Cairo University seminar. "And it's indicative of the Brotherhood's desire to dominate Egypt's post-revolution political arena."....."
Posted by Tony at 6:54 AM