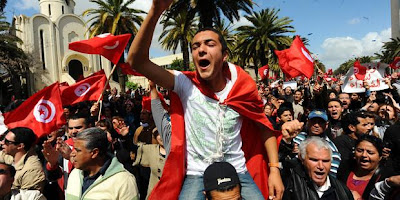 "The Tunisian National Constituent Assembly must use the drafting of the new Constitution to prevent a repetition of the widespread abuses that took place under former President Zine El Abidine Ben Ali, Amnesty International said today in a new briefing.

In the 37-page submission to the National Constituent Assembly, Amnesty International calls on members of the assembly to include a range of provisions in the new Constitution to safeguard human rights and ensure that Tunisia delivers its obligations under international treaties.

"There is a real chance for the Assembly to set out in the Constitution the vision for the new Tunisia, one based on human rights and the rule of law, and Tunisians' aspirations for freedom, dignity, equality, and social justice," said Hassiba Hadj Sahraoui, Deputy Director for the Middle East and North Africa Programme of Amnesty International.

"Continuing restrictions on freedom of expression and the police violence against peaceful protesters in recent days highlights the need for real ambition by those drafting the new Constitution to include language that will stand the test of time and make Tunisia a regional leader in the protection of human rights."

Scores of people were injured on Monday when security forces fired tear gas and used batons to disperse protesters as they sought to enter Bourguiba Avenue in central Tunis to mark Martyrs' Day, defying a 28 March decision by the Minister of Interior banning demonstrations in the area. Several journalists and political and civil society activists were also assaulted...."
Posted by Tony at 4:21 AM