Who Owns the Palestine Solidarity Movement? 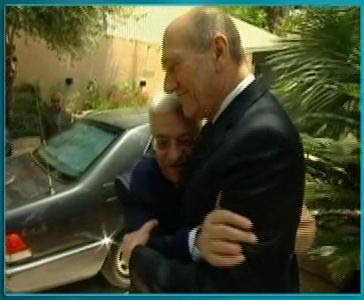 "A few years ago, after I spoke at a conference in South Africa, Ronnie Kasrils, then the country's Minister for Intelligence Services, leaned towards me and said, "I agree with everything you said, but in order for the boycott of Israel to become adopted by world governments, the call has to be initiated by those who represent the Palestinian people in Palestine, not outside groups."

I was not actually purporting to represent any group, inside or outside Palestine. A few days later I received more counsel from a leading South African official. "A representative from Mahmoud Abbas's office was here few days ago," he said. "He seemed to have different priorities from yours. He asked me to ensure that the South African government continues to isolate Hamas, not Israel."

Kasrils, a legendary member of the African National Congress (ANC), was, of course, right. It was the decisive call of academic boycott made by the ANC in the 1960s which started a process that eventually succeeded in isolating the apartheid regime and speeding up its demise.

Alas, those who are recognised as the representatives of the Palestinians stand on the wrong side of history. Their political fate is now intrinsically linked to that of the very Israeli occupation that continues to torment Palestinians. Ensuring dominion over an occupied nation has proved to be more urgent to them than isolating Israel for its crimes...."
Posted by Tony at 7:04 AM