Welcome to Palestine: 'Even prisoners are allowed visits' 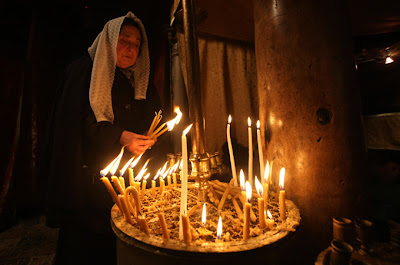 So far, there has been scant US press coverage of 'Welcome to Palestine'
Even Jews can be barred by Israel from travelling to Bethlehem - for the thought crime of supporting Palestinian rights.

"Washington, DC - What difference will it make to the lives of Palestinians in the West Bank when the world meets their demands for freedom and self-determination?

One difference it will make: like other peoples of the world, the Palestinians will get to decide who they can invite to visit them.

Right now, if you, as a citizen of the United States, Canada, or Europe, decide that you want to visit Bethlehem, a Palestinian city in the West Bank - the same Bethlehem that Christians believe to be the birthplace of Jesus - you have two ways to begin your journey. You can fly to Israel, and cross the 1967 border to the West Bank. Or you can fly to Jordan, and cross to the West Bank over one of the bridges. But whichever way you go, you cannot pass to Bethlehem without the permission of the Netanyahu government, which controls all paths you can take to Bethlehem.

If you are a Likud supporter, flying into the Israeli airport should present no problem. But if you are a supporter of Palestinian rights, the Netanyahu government could stop you from going to Bethlehem on purely political grounds - even if you have never committed any crime and have no intention of ever committing one, even if you have never attended a Palestinian protest in the West Bank and have no intention of attending one. You could be barred by the Netanyahu government from going to Bethlehem simply for the thought crime of supporting Palestinian human rights....."
Posted by Tony at 4:13 AM