Because the Pharaoh Has No Balls: 43 Palestinian patients died so far as a result of the siege on Gaza 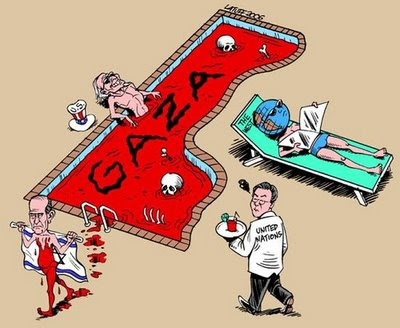 "GAZA, (PIC)-- Two sick teen-age girls died on Wednesday, the first day of Eid, in Gaza after being barred from seeking medical treatment abroad by the Israeli occupation.

Palestinian medical sources on Wednesday morning announced the death of Dua Imran, 18 years, after suffering from a chronic disease and being barred from seeking medical treatment abroad because of the hermetic siege imposed on the Gaza Strip.

Furthermore, 15-year-old Rawan Nassar, who suffered kidney failure, died on Wednesday evening, according to medical sources in the Gaza Strip.

The death of Rawan brings to 43 the number of Palestinian patients who died in the Gaza Strip since the closure of all Gaza Strip crossings since mid-June, turning the Gaza Strip into the largest concentration camp on earth.

The total closure since June 2007 and the economic siege that preceded it have left Gaza hospitals incapable of meeting the demands of the local population as the hospitals are running out of the necessary medication and spare parts for medical equipment, such as the much needed dialysis machines."
Posted by Tony at 7:09 PM