Police State America - A Look Back and Ahead 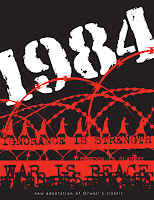 ".....A Look Ahead in Police State America

This article began and will end with the same chilling thought. If past is prologue, the outlook isn't good in "police state America" under neocon rule that won't appreciably change when the White House has a new occupant in 2009. The nation is at war and laws are in place that end constitutional protections, militarize the country, repress dissent, and our government is empowered to crush freedom and defend privilege from beneficial social change it won't tolerate. It's the price of imperial arrogance we the people are paying, and that won't end until the spirit of resistance gets aroused enough to stop it in our own self-defense. We better hope that happens in time with potentially little of it left. "
Posted by Tony at 8:56 AM