US Must Reevaluate Its Relationship With Israel 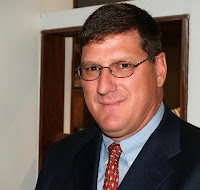 ".....The insidious manner in which the current Israeli government has manipulated the domestic political machinery of the United States to produce support for its policies constitutes nothing less than direct interference in the governance of a sovereign state. The degree to which the current Israeli government has succeeded in this regard can be tracked not only by the words and actions of the administration of President George W. Bush and the American Congress, but also by the extent to which a pro-Israel lexicon has taken hold within the mainstream media of the United States. Witness the pro-Israel bias displayed when discussing the situation in southern Lebanon, the air strike in Syria, or the Iranian situation, and the retarding of any effort toward a responsible discussion of anything dealing with Israel becomes apparent.

One would expect such efforts to shape the domestic public opinion of a state deemed hostile, but when the target of these Israeli actions is its ostensible best friend, one must begin to question whether or not the friendship is a one-way street. And if this is indeed the case, then perhaps it is time for the United States to reconsider its decades-old policy of strategic partnership with Israel......"
Posted by Tony at 4:56 AM