More on the American-Syrian Tango 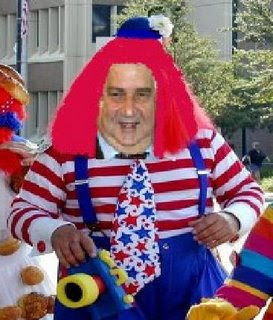 "....."It is perhaps too late to talk about peace in the last year of this U.S. administration. It will be preoccupied with elections," Assad said in an interview with Die Presse published Wednesday......

"Annapolis was a one-day event," he said. "It will all depend on follow-up efforts. We have to be optimistic, although cautious.".....

Assad said Syria and Israel went 80 percent of the way towards peace in talks on a handback of the Golan in 2000, before the talks collapsed. He added that the last 20 percent could be completed within a few weeks and Israel's withdrawal from the Golan Heights within six months.

"Now a referee is needed. The United States above all, naturally with support from the EU and UN. But without the U.S., nothing will work," he was quoted as saying.

He said U.S. policy in the region, which Arabs have long regarded as misguided due to a perceived pro-Israel tilt, was changing in form although not yet in substance......"
Posted by Tony at 5:27 AM