Divided and ruled in Paris 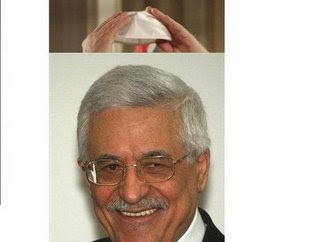 ".....Were the billions pledged yesterday targeted to address this current crisis? The more sickening reality, sadly under-reported, is that yesterday's donor initiative is actually creating this crisis. The money is to be spent in increasing the political, economic, social and civic siege of Gaza, in increasing the fragmentation of the Palestinian people, in pumping up a ruined leadership, and in thwarting any chance of national unity for the Palestinians. This is certainly not assistance to the Palestinian people (as the official version is attempting to spin it), but rather money to be given directly to the leadership of the Palestinian Authority.

Its sole purpose? To destroy Hamas - the single agenda that now unites the US, the Israelis and the PA leadership. This strategy "to punish Hamas and teach them a lesson", as one PA cabinet minister has it, is in practice punishing their own people in the most merciless, cruel and perverse manner......

It is the most vulnerable, the most poor and the most needy Palestinians who are paying for this vicious and inhumane strategy, for none of this money will go to help lift the siege of Gaza. Instead, the blockade is to be intensified. In this way, the Americans, Israelis and the Palestinian Authority believe they will weaken Hamas (who, let us not forget, came to power through democratic elections), and somehow, according to this insane and idiotic strategy, the PA now ruling only the town of Ramallah will regain authority, if not control. And until that fantastical moment, when they re-emerge triumphantly - quite possibly on the backs of Israeli tanks going into Gaza - the people, the institutions, the associations and especially the children of Gaza are to suffer both needlessly and terribly.

That the PA is not only colluding with this policy, but is actively engaged in it, means it has now taken an irrevocable step that separates them categorically and irrevocably from any national legitimacy whatsoever. This is because the popular consensus of Palestinians, both inside and outside of Palestine, remains the demand for the creation a national unity government, and not for this manufactured civil war relying upon an Israeli war machine and a western war-chest provided to implement it.....

.....At the same time, the Israelis and Americans made clear to the PA that any hint of dialogue with Hamas, and the privileges and funds for the PA leadership - the fruits of the "peace process" - will be immediately cut. Sadly, they need no encouragement......"
Posted by Tony at 7:34 AM