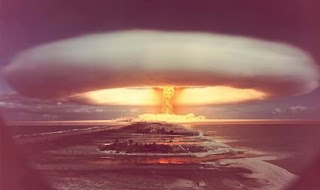 Bruce Riedel, a former career CIA official and senior adviser to three US presidents, including Bush, tells Newsweek he came back from trip to Israel in November convinced that Jewish state would attack Iran. 'Israel is not going to allow its nuclear monopoly to be threatened,' he says

""I came back from a trip to Israel in November convinced that Israel would attack Iran," Bruce Riedel, a former career CIA official and senior adviser to three US presidents - including George W. Bush - on Middle East and South Asian issues, told Newsweek Thursday, citing conversations he had with Mossad and Israeli defense officials......

The magazine quoted Knesset Member Ephraim Sneh, a former deputy defense minister who has "warned for years that Israel would eventually have to confront Iran alone," as saying that "today we are closer to this situation than we were three weeks ago ... we have to be prepared to forestall this threat on our own.".

David Albright of the Institute for Science and International Security in Washington told Newsweek that Israel was likely encouraged by the non-reaction to their September air strike on a reported Syrian nuclear facility, "which may have been a test run for Iran, or at least a warning directed at Tehran"......

The magazine said one reason for Bush's abruptly announced nine-day visit to the Middle East in mid-January was "to deal with the fallout from the NIE, which includes not only the possibility that Israel will act unilaterally but also that Bush's prized Annapolis peace process will stall....."
Posted by Tony at 5:22 AM