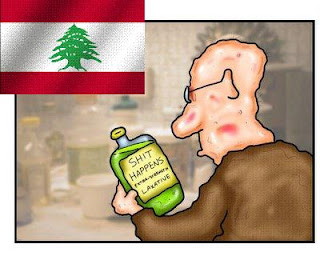 Earlier, the Assarq Al-Awsat daily quoted a French official source as saying that Paris does not consider Syria cooperating to find a solution to the Lebanese political crisis. The French source added that Paris had been clear in making Damascus understand what it expects. "Syria is capable of facilitating the way out of the Lebanese crisis through pressuring the opposition not to make so much conditions," the French source said according to the Arab daily.

This came after Syrian Foreign Minister Walid Muallem accused the United States of "blocking a Syrian-French attempt" to settle the ongoing political crisis in Lebanon and criticized Paris for not rejecting Washington's approach. Muallem also expressed "regret because the French did not commit to distancing themselves from the American role." "Unfortunately, the French did not show a commitment to distancing themselves from the American role that blocked the Syrian-French attempt to reach a solution," Muallem said. However, he said, Syrian-French "contacts regarding Lebanon persist." He insisted Damascus has been playing a constructive role in Lebanon and does not interfere in its affairs.......

For his part, Lebanese Forces leader Samir Geagea received fresh support from Washington through US Under-Secretary of State for Near Eastern Affairs David Welch. He said that the February 14 alliance was about to ask the government to send a constitutional amendment bill to Parliament. Speaker Nabih Berri and the opposition refuse any amendment bill to pass through Fouad Saniora's government that is highly regarded as an unconstitutional government. Geagea returned to the half-plus-one rhetoric saying that the "majority has several alternatives, but our basic option at present is bringing Gen. Michel Suleiman to the presidency because the characteristics of a consensus president fit him most." "This doesn't mean that if the year ends without elections that the chance is lost," Geagea said adding that "we will meet again to assess our position in light of the public stances, then we will determine the steps required to fill the presidential vacuum.""
Posted by Tony at 10:11 AM