America's "Divide and Rule" Strategies in the Middle East 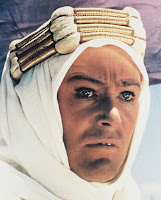 A Repost of a Great Article Which Shows That The Arabs Have Not Learned a Thing Since......"Lawrence of Arabia"

".....“The Coalition of the Moderate” in the Mid-East and the manipulation of the Arabs

“We [Israel] must clandestinely cooperate with Saudi Arabia so that it also persuades the U.S. to strike Iran.”

“Do not try to do too much with your own hands. Better the Arabs do it tolerably than that you do it perfectly. It is their war, and you are to help them, not to win it for them.” The historical context of this statement is very significant. This admission was made during the First World War in the Middle East when the British were fighting against the Ottoman Turks with the help of the Ottoman’s rebellious Arab subjects. The Arab’s help was insured through false promises and London’s deception. What was being revealed by this interlocutor of British policy was British forces should not do most the active fighting in the Middle East and let the Arabs fight Britain’s war against the Turks.

Revealing the author, these were the words of a man who has been inscribed into the pages of history as a legendary figure and as a hero to the Arabs. In reality he was an agent of British imperialism that misled the Arabs with the help of corrupt local leaders. His name was Lieutenant-Colonel Thomas Edward Lawrence or, as most people know him, “Lawrence of Arabia.”

The 27 Articles of T.E. Lawrence (August 20, 1917) is where these words can be found for all to scrutinize. Thus started the road down to the modern entanglement of the Arab masses to colonial masters and handpicked Western vassals.

Some may argue that the British were helping the Arabs gain autonomy, but history shows this to be an absolute lie. London was furthering its own interests and it had been a geo-strategic objective of theirs to divide the Ottoman Empire up regardless of the fact that that there was a war with the Ottomans and the Central Powers.

The Sykes-Picot Agreement reveals this as does the creation of British and French mandates in the place of what were supposed to be independent Arab nations. It should also be noted that all the major problems in the Middle East are rooted in this period from the Armenian Genocide, the Kurdish Question, and the Arab-Israeli Conflict, to the issue of Cyprus and the territorial disputes of the Persian Gulf and the Levant. 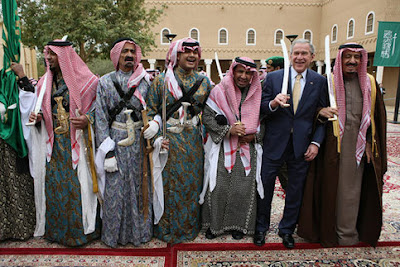 The Arab elites are being marshaled into formation yet again to do the dirty work of foreign powers. Once again, Arab leaders are also accessories to the agenda of foreigners in the Middle East against their own people......"