Another world is necessary 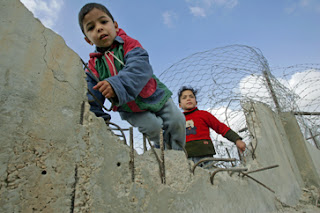 "......Now given that Cairo has already turned down Hamas overtures to take control of the border, and that Hamas has rejected proposals for an international presence at Rafah, and granted that Cairo's relations with Washington have long been unequal to the effect that it is safe to say that the present regime survives because it is supported by the world's only superpower, it remains to be seen just where the unfolding crisis will lead. There is no doubt that the short-term economic advantage of maintaining ties with Washington over developing a longer-term strategy involving the Palestinian people, who are determined to emerge victorious over occupation, appears more beneficial to Cairo. However, what is clear is that, as is the case every minute of every day within Egyptian jurisdiction ever since the signing of the Camp David Peace Treaty in 1978, there is a fundamental discord between what the vast majority of the people of Egypt really want, and what power has imposed on them. Given the reality of power distribution in the Arab world, it is not yet the time to imagine that the crisis will lead to an immediate settlement that will aptly meet the requirements of the people of Gaza. But what the surprise disruption of the siege, involving the instantaneous, physical realization of what has been the dream of millions of human beings the world over for hundreds of years -- namely the downfall of borders and the victory of the people over brutality and oppression -- indicates, is that it is necessary to think beyond the limits of the mundane. This was a lesson learned not only by the Gazans, but also no doubt by hundreds of thousands of Arabs who watched in awe at the spontaneous creativity of their brothers and sisters, the Palestinians."
Posted by Tony at 4:03 AM