The Gaza Wall Comes Tumbling Down 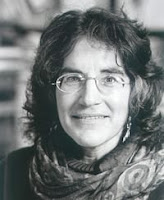 "....But the collapse of the Gaza-Egyptian border wall also set in a motion a range of significant power shifts in the international, regional, and internal Palestinian political scenes, shifts which hold the potential for both positive and dangerous consequences.....

The heaviest pressure on the Egyptian government, in fact, seems to be coming not from Washington or Tel Aviv, but from the Cairo streets. Demonstrators have demanded that President Mubarak allow the border to remain open. And despite some tensions between Palestinian shoppers and Egyptian store owners when the government refused to allow local Egyptian stores to re-stock their goods, the overwhelming public opinion in Egypt seems to be strong support for allowing Gazans open access to Egypt, both for humanitarian and political reasons. Facing that public challenge, Mubarak is likely to tread lightly on the Palestinians.....

But there are serious dangers as well. A permanent, or even medium-term opening between Gaza and Egypt holds the potential of a return to the 1948-1967 period, following the Palestinian nakba, or catastrophe, that resulted from the creation of the State of Israel, when Egypt maintained military control over Gaza. While not the same kind of military occupation that Israel imposed from 1967 on, Egyptian control certainly constrained the potential political and economic development of Gaza. Most importantly, an Egypt-linked Gaza would consolidate the rift splitting the West Bank and East Jerusalem from Gaza - further separating sectors of the already forcibly divided Palestinian nation. Depending on Egypt's stance, there is certainly the danger that some parts of the international community might follow Washington's likely lead in endorsing Israel's claim that it was no longer the occupying power in Gaza, thus undermining Palestinian rights guaranteed by international law and UN resolutions.

Internally, within Palestinian society, the breaching of the wall and the mass participation in the "no-border" crossing, have provided a huge boost to social and political mobilization. The level of involvement - the UN estimated that as many as half of Gaza's 1.5 million people may have crossed into Egypt - showed the potential to rebuild on a national scale the kind of popular resistance movement that characterized the first Palestinian intifada, or uprising. That mobilization, from the end of 1987 through 1993, brought virtually every sector of society into active political life - women, children, old people, farmers, medical workers, trade unions, cultural workers - and the internal "shaking up" of Palestinian society that resulted was in fact more important in building resistance than the symbolic stone-throwing of the children.....

But in general neither the West Bank nor Gaza have experienced the kind of permanent national mobilization and popular direct action for nearly fifteen years. Breaching the Gaza wall sent a message around the world - but first of all to the Palestinians themselves - that they could return to that level of permanent popular mobilization. They had done it once. They could do it again, in Gaza, the West Bank and occupied East Jerusalem......"
Posted by Tony at 4:49 AM