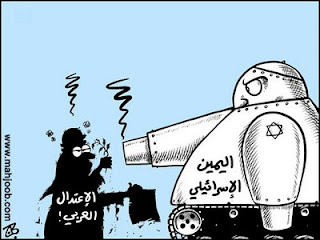 "CAIRO, (PIC)-- Arab Foreign Ministers meeting in Cairo on Thursday decided to file a lawsuit with the International Court of Justice against the Israeli occupation for its drive to Judaize Jerusalem.

A diplomatic source at the Arab League said that the ministers had three issues on their agenda; dangers engulfing Jerusalem, discussion of the report by the committee commissioned to investigate Israeli war crimes during the war on Gaza and to reach a common Arab stand towards the latest developments in the Arab-Israeli conflict......"
Posted by Tony at 6:23 AM