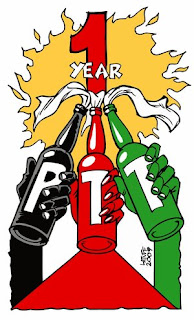 "Back in January, at the peak of the Israeli sinister campaign in Gaza, I spoke to Mary on the phone. The situation was rather grave. We were both pretty depressed. Though it was rather obvious that Israel wouldn’t win that genocidal war, it was also evidently clear that Israel was not going to stop in its tracks. It had managed to detach itself from any recognisable notion of humanism. It wasn't concerned at all with its image around the world. As the Israelis were pouring WMDs on Gazans and the numbers of Palestinian casualties were mounting, we learned that 94% of Israeli Jews supported the genocidal tactics. As if this was not enough, we also learned that all over the world Jews were rallying in support of their criminal nation state. In Palestine Think Tank, like in many other solidarity sites and blogs, we were working around the clock disseminating the information and analysis. That morning when talking to Mary I complained to her that we were publishing papers everyday: news reports from Gaza, some illuminating critical reading of the situation, enlightening, refreshing political analysis, our posts were receiving thousands of entries and yet, I expressed my concern, we failed to make it to the main press. Mary was quick to correct me. “Gilad, you may fail to see it, we do not want to assimilate into the so-called media, we do not need them. From now on we are the media.”....."
Happy Birthday PTT and Many Happy Returns From The Palestinian Pundit.
Posted by Tony at 6:42 AM