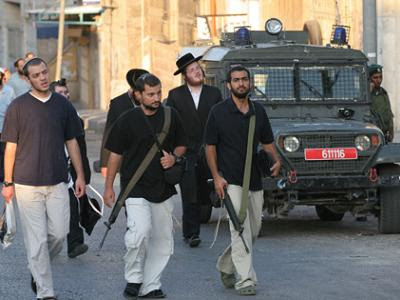 "....Therefore, it’s typical to read such deceptive news reports as that of Ibrahim Barzak of the Associated Press: “Hundreds of Palestinian patients have been trapped in the Gaza Strip, unable to travel abroad for crucial treatment for cancer and other diseases, because of political infighting between Gaza's militant Hamas rulers and their Palestinian rivals.”......

Barzak makes no mention of the Israeli factor in the decried Palestinian rivalries, and the only reference to the US in his report was that of the “U.S.-backed Palestinian President Mahmoud Abbas, which controls the West Bank.”.....

“If you control the language, you control the debate,” it’s often said. But when the perception of an entire nation depends on how terms are coined and sentences are constructed, then language takes on other meanings, deceptive, demonizing and immoral."
Posted by Tony at 3:56 AM