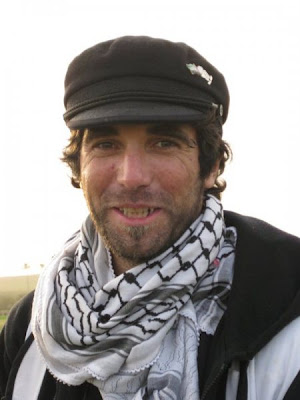 "The body of 36-year-old Italian peace activist Vittorio Arrigoni was found in Gaza shortly after his captors posted video of him blindfolded and bloodied. They had vowed to execute him unless their group’s leader was freed from custody by Gaza’s Hamas-led government. Arrigoni was a member of the International Solidarity Movement, a Palestinian-led movement that use nonviolent and direct-action methods to oppose the Israeli occupation. He had lived in Gaza since 2008 after arriving on a boat carrying humanitarian aid. We speak to Hawaida Arraf, a friend of Vittorio’s and co-founder of the International Solidarity Movement....."
Posted by Tony at 7:34 AM