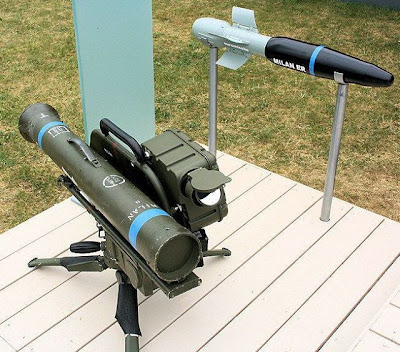 "Qatar is secretly supplying anti-tank weapons to the Libyan rebels as part of its strategy of working to overthrow the Gaddafi regime, it has emerged. Officials in Doha confirmed that the Gulf state's military had been shipping French-made Milan missiles to the rebel stronghold of Benghazi. Qatar's prime minister and foreign minister, Sheikh Hamad bin Jassem, made clear on Wednesday that UN resolutions on Libya permitted the supply of "defensive weapons" to opposition forces struggling to fight Libyan armour....."
Posted by Tony at 1:42 PM