Idealistic blogger 'was more Palestinian than the criminals who killed him' 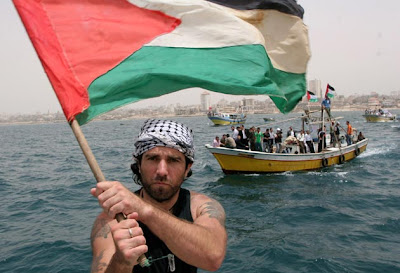 By Matthew Kalman
The Independent

"......Among his friends in the International Solidarity Movement (ISM) and the Free Gaza Movement (FGM), his abduction and murder have left a bewildering sense of bereavement equal to the deaths of Rachel Corrie and Tim Hurndall, two activists killed by Israeli soldiers. Hundreds of ISM activists organised rallies in Ramallah and Gaza yesterday to mourn their friend. Several gatherings were also held in Italy. "It's unbelievable," said Huwaida Arraf, a co-founder of the ISM. "He was more Palestinian than the criminals that killed him." Greta Berlin, a founder of the FGM, said Arrigoni's death would not derail the struggle of foreign activists, who would remain in Gaza. The kidnapping came a week after the assassination of Juliano Mer-Khamis, a Palestinian-Israeli theatre director in Jenin. "With Juliano murdered and now Vik, it makes us so terribly sad the killings continue," Ms Berlin told The Independent. "If the people behind these murders think we will quit, they are mistaken. Like the murder of Rachel Corrie, hundreds of us signed on to work for justice for the Palestinians. We will do the same this time.""
Posted by Tony at 8:35 PM