The US bombing of Libya in support of rebel clients in the spring of 2011 is part and parcel of a sustained policy of military intervention in Africa since at least the mid 1950’s.

"......The continuing North African uprising, overthrew the public face of the imperial backed dictatorships. As the popular Arab revolt spreads to the Gulf and deepens its demands to include socio-economic as well as political demands the Empire struck back. AFRICOM backed the assault on Libya , the crackdown on the prodemocracy movement by the ruling military junta in Egypt and looks to its autocratic “partners” in the Gulf and the Arabian Peninsula to drown the civil society movements in a blood bath. 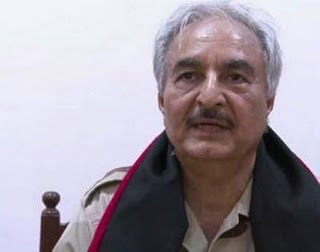 The growing militarization of US Imperial policy in North Africa and the Gulf is leading to a historic confrontation between the Arab democratic revolution and the imperial backed satraps; between Libyans fighting for their independence and the Euro-American navel and air forces ravaging the country on behalf of their inept local clients. "
Posted by Tony at 8:15 AM