Conditions in Gaza 'the worst since 1967' 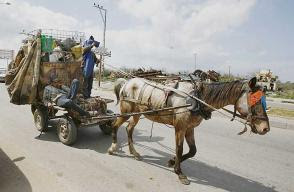 "The British Government should end its boycott of Hamas and work to lift a crippling blockade of Gaza which has left humanitarian conditions at their worst level for 40 years, the top UK charities say today.

The call on Britain to spearhead a radical change of EU policy by promoting reconciliation between Hamas and Fatah comes in a stark report that describes the Gaza Strip overwhelmed by steeply rising poverty, power cuts of up to 12 hours a day, and water and sewage systems close to collapse......"
Posted by Tony at 6:09 AM