The Rabbi of hate 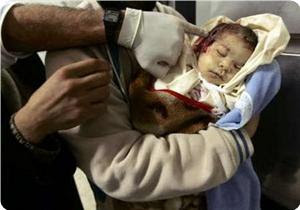 "““So I believe that I act in the spirit of the Almighty God. By defending myself against the Jew, I am fighting for the work of the Lord.” Adolf Hitler, Mein Kampf, 1924

““A thousand non-Jewish lives are not worth a Jew’s fingernail” Dov Lior, Rabbi of Kiryat Arba

“We will carry out a greater holocaust against the Palestinians,” Matan Vilnai, Deputy Defense Minister, 1 March, 2008

Ovadia Yosef, the spiritual leader of the ultra-orthodox Shas party, which represents Jews from the Middle East, has urged Jews around the world to pray for Israeli soldiers, not only on the Jewish Sabbath, Saturday, but also on Mondays and Thursdays.

According to the Israeli newspaper, Ha’aretz, Yosef told his followers that Israeli soldiers need to be blessed by the Almighty for killing and maiming hundreds of Palestinians, mostly innocent civilians, in the past few days.

“Had it not been for them, would we have time to study the Torah? To turn the books,” Yosef was quoted as saying Saturday night during his weekly sermon in Jerusalem.

It is really lamentable that Yosef thinks that it is only through murder and genocide of Palestinians that Jews can sit down and study the Torah......

Yosef is not unaware of the Nazi-like atrocities the soldiers he is blessing have committed and are committing in Gaza.

He knows too well that an army that murders innocent civilians, including babies in their mothers’ laps, is not an army of righteous soldiers, but rather an army of thugs and criminals, not unlike the Gestapo and SS and wehrmacht.....