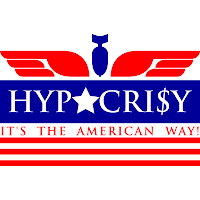 "07/03/2008 Once again it is the double-standard policy adopted by the International community and the UN Security Council in dealing with the Palestinians on the one hand and the Israelis on the other.

Directly after the Palestinian heroic operation, the UNSC called for an emergency session to debate the attack that killed eight Israeli settlers, it is the same Security Council that did not find it worthy of calling for an emergency session after the Israeli aggression on Gaza last week killed more than 120 people, mostly children and when it was convened it couldn’t even adopt a presidential statement that condemns these crimes.

On Thursday, the United States accused Libya of preventing the Security Council from condemning an attack on a Jewish school in Jerusalem, but Tripoli called for "balanced action."

The United States had drafted a statement that was discussed at an emergency UN Security Council session called to debate the attack by a Palestinian fighter who killed at least eight settlers and wounded dozens more at the Ultra-Orthodox religious school. "The members of the Security Council condemn in the strongest terms the terrorist attack that took place in Jerusalem March 6, 2008 which resulted in the death and injury of dozens of Israeli civilians," said the draft statement.

The US delegation had hoped the 15-nation council would unanimously support the text but Libya, backed by several other council members, prevented its adoption. "We were not able to come to an agreement because the Libyan delegation with the support of one or two others did not want to condemn this act by itself but wanted to link it to other issues," US Ambassador to the United Nations Zalmay Khalilzad told reporters after the council meeting.

The Libyans wanted to include condemnation to the recent Israeli incursion into Gaza, which have killed over 120 Palestinians. Khalilzad rejected that. He claimed that killing students in a school was different from the unintentional killing of civilians.

Libya is one of the 15 Security Council members. It was elected to the council last year, after Washington dropped its objections, and joined it in January. Libya's deputy ambassador, Ibrahim al-Dabbashi said the council should not speak about the Jerusalem attack while ignoring the Gaza situation. "If the council should take any action, it should be a balanced action and should condemn the killings in Gaza as well as the killing in Jerusalem," al-Dabbashi said.

Libya objected over the weekend to the use of the word "terrorism" to describe Palestinian rocket attacks against Israel in a draft council statement about the Gaza situation.

British Foreign Secretary David Miliband denounced the "shocking" shooting and said the only way to honor the memory of the dead was to promote peace.

France also condemned the shooting as an "attack against peace", while European Union foreign policy chief Javier Solana telephoned Israeli counterpart Tzipi Livni to express his condolences."
Posted by Tony at 3:44 AM