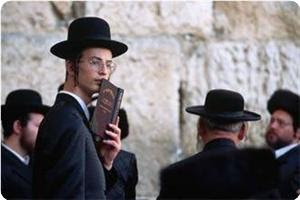 FASCISTS UNTO THE NATIONS:
"OCCUPIED JERUSALEM, (PIC)--The association of rabbis for the people and land of Israel headed by extremist rabbi Dov Lior issued on Wednesday a religious ruling legitimizing the shelling of Palestinian civilian gatherings by IOF troops at the pretext of responding to the rocket attacks carried out by the Palestinians.

According to this ruling, the Torah permits the shelling and bombing of Palestinian rocket sources even if there are civilians living there and considers that the Israeli army must sometimes respond to the source of fire immediately without giving any advance warning to the Palestinian civilians.

This ruling also says that if the Palestinian civilians are concerned about their lives, they should stop the Palestinian resistance from firing rockets on Israeli settlements.

In another serious development, the Israel TV channel two revealed on Wednesday that the IOF troops are planning to implement a mass transfer operation against thousands of Palestinian citizens living near the security fence area between Gaza and the Palestinian lands occupied in 1948 as a prelude to bombing it indiscriminately.

Channel two reported that Israeli war minister Ehud Barak tabled to the Israel mini-cabinet a plan to deport thousands of Palestinians from several areas at the pretext that rocket attacks are carried out from them in preparation to destroy entire Palestinian neighborhoods.

In another development, head of the national religious party (Mifdal) Effie Eitam called at the Knesset's rostrum for deporting the Palestinian citizens who went on protests on Tuesday in the Umm Al-Fahm city to condemn the Israeli aggression on Gaza. Eitam described the protesters as traitors and threatened the Arab MPs saying: "One day we will expel you from this place along with everyone demonstrated against Israel."

For his part, Arab MP Jamal Zahalka responded during the session to Eitam saying: "You are a racist, fascist and fanatic," so the Knesset speaker asked Zahalka to leave the session immediately."
Posted by Tony at 6:34 AM