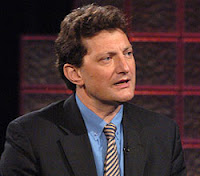 "Download the documents cited in “The Gaza Bombshell.
Briefing reporters at the White House on March 4, the day after my story “The Gaza Bombshell” went up on vanityfair.com, President Bush’s spokesperson Dana Perino was emphatic. “There is no accuracy to that story,” she said, adding that as far as she knew, the magazine had not even tried to get comment from the administration before publishing it. (In fact, I had tried repeatedly to get responses from the White House, the State Department, and U.S. officials who played important roles in these events. Neither they nor their spokespeople would comment.)
At the State Department, spin meister Tom Casey went still further, calling my story’s claim that America secretly fomented conflict between Hamas and Fatah “absurd” and “ridiculous.” He insisted: “U.S. policies in this regard have been transparent and open. They’ve been discussed publicly by the President, the Secretary of State and many others, both in public as well as in testimony to Congress.”

Oddly enough, within these very general denials, there was only one specific point mentioned by either of them: Ms. Perino’s assertion that the U.S. had not directly given arms or the money to buy them to Fatah in advance of Hamas’s June 2007 Gaza coup. This is true. The problem is, the article does not make such a claim. What it does say is that, in the fall of 2006, Secretary of State Condoleezza Rice began an intense lobbying effort to persuade America’s Arab allies, Egypt, Jordan, Saudi Arabia and the United Arab Emirates, to pledge their own money, weapons, and military training. While this covert program did not raise as much support as Rice hoped, it did provide at least $20 million.

The on-the-record source for that amount, by the way, was the main recipient of this lethal largesse, Muhammad Dahlan, long Fatah’s resident Gaza strongman. His claims were supported by multiple U.S. officials who spoke on condition of anonymity. Most strongly disagreed with this program, but one of them made the criticism that the real problem was that America was not serious enough—and that more, not fewer, guns should have been sent to Fatah.
Needless to say, none of this was ever publicly discussed by Bush, Rice, or anyone else. Indeed, less than three weeks before the Gaza coup, on May 23, 2007, the U.S. Palestinian Security coordinator Lieutenant General Keith Dayton insisted in testimony before the House subcommittee on the Middle East that all the aid going to Fatah at America’s behst was “100 percent non-lethal”. This was misleading. As the article states, shipments of Egyptian-made weapons and ammunition had already got through, and more were in the pipeline when Hamas decided to act.

The sourcing for other details in the piece is equally broad and thorough. Every assertion is backed by numerous officials, both American and Palestinian, and by documents posted today on vanityfair.com. The article also contains on-the-record comment from former U.N. Ambassador John Bolton and Vice President Cheney’s former Middle East advisor David Wurmser, both of whom left the administration soon after the Gaza coup. Their disgust at the policy America followed is palpable.

State spokesman Casey says he doesn’t read Vanity Fair. It seems he may not be aware of everything happening behind his back inside his own department, either. Indeed, speaking in Cairo before his briefing, Rice implied that the U.S. had a duty to help arm Fatah against Hamas, because it was getting lethal aid from Iran. “If the answer is that Hamas gets armed by the Iranians and nobody helps to improve the security capabilities of the legitimate Palestinian Authority security forces, that’s not a very good situation,” she said."
Documents:
1  These “talking points” were left behind in Ramallah by a State Department envoy. Palestinian and American officials say they formed the basis for State Department official Jake Walles’s discussions with Palestinian president and Fatah party leader Mahmoud Abbas in late October or early November 2006. According to the memo, Walles urged Abbas to dissolve the Hamas-led government if Hamas refused to recognize Israel’s right to exist, promising that the U.S. and its Arab allies would strengthen Fatah’s military forces to deal with the likely backlash from Hamas.
2  “Plan B” refers to a State Department strategy that was devised after Abbas made a deal in January 2007 to form a unity government with Fatah and Hamas—much to America’s dismay. This early, two-page draft, which has been authenticated by senior State Department officials who knew of its content at the time and by Palestinians who saw it in Abbas’s office, outlines possible scenarios for Abbas to expel Hamas from power and to boost his security forces to deal with the inevitable violent fallout.
3  Plan B evolved into this “action plan for the Palestinian Presidency”—a blueprint for a full-blown coup against Abbas’s own unity government. This was one of several drafts presented by a joint American-Jordanian team. Officials who were knowledgeable at the time say it originated with the State Department. Its security appendix reveals details of the secret talks between Palestinian strongman Muhammad Dahlan and Lieutenant General Keith Dayton.
4  The final draft of the action plan adopted large sections of the previous documents wholesale, but presented the plan as if it had been conceived from the beginning by Abbas and his staff. This draft has also been authenticated by officials knowledgeable at the time. Note especially the third section, on security.
Posted by Tony at 4:04 PM