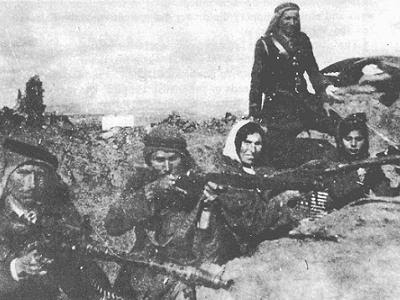 Because Palestinian men and women resisted, finding collaborators was a must.

By Neve Gordon
(Dr. Neve Gordon teaches at the Department of Politics and Government in Ben-Gurion University, Israel)
Palestine Chronicle

".....The recruitment and deployment of Palestinian collaborators is not a new phenomenon. It is a longstanding Zionist practice, almost as old as Zionism itself. Already in the early 1920s, the Zionist Executive's Arab department employed collaborators to establish the Muslim National Associations as a counterweight to the Muslim-Christian Associations, which at the time was the hub of the Palestinian national movement. During the same era the Zionist movement adopted a similar scheme, establishing a loose network of Palestinian political parties, known as the farmers' parties, to challenge and undermine Palestinian urban nationalists. In fact, Zionist institutions employed collaborators throughout the British Mandate period to advance their goals. In 1932 a collaborator relayed information about sermons given by sheikh Izz al-Din al-Qassam, a Palestinian militant who was killed by British troops in 1935 and is remembered by Palestinians to this day, not least because the military wing of Hamas has appropriated his name.....

Today a request to exit the Gaza Strip to receive medical treatment, visit a dying relative or study in the West Bank or abroad is often contingent upon one's willingness to collaborate. In early January a number of patients were referred from Gaza- where they could not receive medical treatment- to Maqassed Hospital in East Jerusalem, and received permits to leave the region. At the border, though, they were interrogated by Israeli security service officers, who demanded that they become collaborators. According to Hadas Ziv of Physicians for Human Rights, Israel, those patients who refused had their travel permits annulled and were sent back home. While these patients managed to resist the temptation to collaborate, despite their medical ills, others do not. The persistence of collaboration is a result of not only the historical processes Cohen eloquently describes but also the harsh conditions under which Palestinians currently live."
Posted by Tony at 10:25 AM