Israel Negotiates Only to Extort Concessions 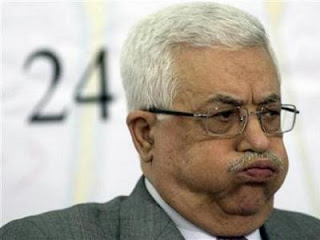 "Palestinians, let down by the betrayed promises of peace, are at a loss on how to achieve liberation without using violence against the tyranny of a state that has been subjecting them to violence, repression and racism. Since they refuse to buy into the Zionists narrative, the Palestinians view the Zionist enterprise in many forms but none suggests it was a peaceful movement. The Zionist project to colonize Palestine is just another European colonialist expedition whose white settlers used the power imbalance to overwhelm the indigenous population, carried out the ethnic cleansing of North and South America, Africa, New Zealand and Australia, and routinely committed unspeakable crimes....

There is a possibility that Abbas negotiating team may capitulate to the Israelis intransigence and the US pressure. In an interview with Akiva Elder of Haaretz, the Palestinian Authority Prime Minister, Salam Fayyad suggested that the refugees may be settled in the future State of Palestine. The Palestinians should put Abbas on notice that many issues including the refugees’ right of return are not negotiable. Article 49 of the Fourth Geneva Convention states: “Individual or mass forcible transfers, as well as deportation of protected persons from occupied territory to the territory of the occupying power or to that of any country, occupied or not, are prohibited, regardless of their motive”. Abbas or any person or group for that matter does not have the legal authority to give up the right of return to the victims of Israel’s ethnic cleansing crimes. "
Posted by Tony at 6:23 AM