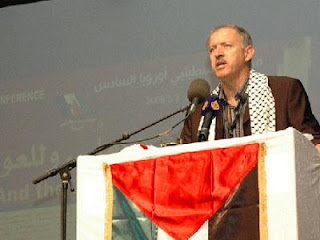 "The recent arrest of two respected public figures from Israel's Palestinian Arab minority in night-time raids on their homes by the Shin Bet secret police -- brought to light this week when a gag order was partially lifted -- has sent shock waves through the community.

The arrests are not the first of their kind. The Shin Bet has been hounding and imprisoning politicians and intellectuals from the country’s Palestinian minority, a fifth of the population, since the birth of the Jewish state more than six decades ago. Currently, two MPs from Arab political parties, as well as the leader of the popular Islamic Movement, are facing trials.

But the detention of Amir Makhoul and Omar Sayid is seen differently -- as the gathering storm clouds in a political climate already fiercely hostile to its Palestinian citizens.

Mohammed Zeidan, the head of the Human Rights Association in Nazareth, said: “We are used to our political leaders being persecuted but now the Shin Bet is turning its sights on the leaders of Palestinian civil society in Israel, and that’s a dangerous development.”....

“The occupation isn’t news anymore,” Mr Zeidan said. “The big threats facing Israel, in the Shin Bet’s view, are its deteriorating image in terms of human rights and the growing sense abroad that it is an apartheid state.

“Palestinian civil society in Israel, more so even than our political parties, is best placed to make the case on those issues to the international community, to expose the racism and discrimination inherent in a Jewish state. Amir Makhoul’s arrest should be understood in that light.

“The Shin Bet believes we have crossed a red line in our international advocacy.”"
Posted by Tony at 7:26 AM