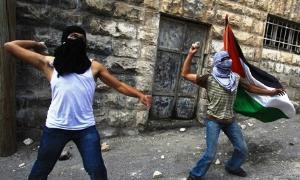 The Israeli occupation army confirmed that the teen's body had been found, but claimed the cause of death remains unclear at this point.

According to a Palestinian source, witnesses said Ayssar Yasser, from the village of Mizra el Sharquieh, near Ramallah, in the north of the West Bank, was shot and killed after the settlers opened fire when their car was stoned.

An Israeli occupation army source confirmed that shots had been fired in that neighborhood after stones were thrown at the cars of Israeli civilians, but was not able to say if there had been victims.

Some two months ago a 16-year-old Palestinian was killed in a village near Nablus during a clash with Israeli occupation soldiers......"
Posted by Tony at 4:36 AM