What's to Stop Israel from Going to War in Lebanon Again? 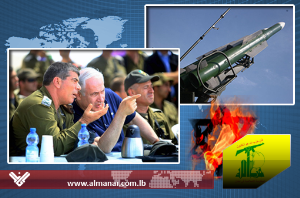 "15/05/2010 The Zionist entity is trying its best to transfer calming messages to Lebanon and Syria not only through foreign politicians who are lately flooding into the region but also through it media and army officials.....

However, Lebanon could still ignite as an outgrowth of developments on the "main front" - the struggle to halt the Iranian nuclear program. In that case, it's doubtful whether the Israeli army's response will be good enough, despite the intensive effort to make improvements since 2006.

The most important question in the north for now is how Israel can avoid repeating past mistakes, so that the next few years do not bring a new variation of the errors of 2006 ("We can deal with the rockets"), 1996 ("There is no alternative to an IDF presence in the security zone" ) - or, worst of all, 1973 ("A political accord can wait, our intelligence will be able to warn us in time before we are attacked, and if worst comes to worst - we'll break the Arabs' bones")."
Posted by Tony at 7:20 AM