Getting your victims to love you 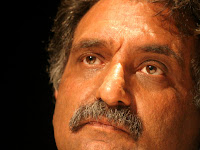 To mark the 60th anniversary of the founding of Israel, Arab-Israeli schoolchildren are expected to negate their very identity

".....In a statement distributed to the schools the ministry's Society and Youth Administration set the following objectives for the jubilee: "To commemorate the passage of 60 years since the establishing of the state of Israel in the Arab and Jewish educational system; to strengthen the sense of belonging to, pride in and love for the 60-year-old state among all who attend educational institutes; to help all Jewish, Muslim, Christian, Druze and other youth to form a clear vision of Israel as a Jewish and democratic state; to inspire a sense of responsibility and social commitment among the young and to encourage them to become active participants in the affairs of society."......

There is a very persistent mode of colonialism at work here. It was not enough for this colonialist drive to seize a people's land, kick out the inhabitants, bring others to take their place and destroy the fabric of an entire society, and then justify this on the grounds of a divine promise while, in the same breath and with the same degree of sincerity, regarding itself as a secular national liberation movement. No, it insists that its victim must admire it and recognise not only its existence but its historical legitimacy. It is determined to imprint itself beneath its victims' skin through the ritual signing of a declaration of independence that simultaneously celebrates their own defeat......."
Posted by Tony at 8:11 PM