Hamas dismayed at Sarkozy's statement on right of return 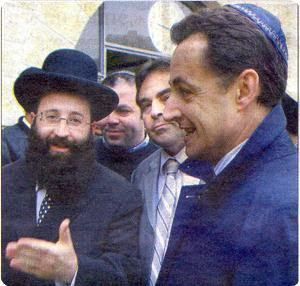 "GAZA, (PIC)-- The Hamas Movement on Wednesday expressed dismay at the statement of French president Nicolas Sarkozy in which he called for the return of Palestinian refugees to the West Bank and Gaza Strip only and not to their original hometowns.

Dr. Sami Abu Zuhri, the Hamas spokesman in the Strip, told the PIC that his Movement was seriously disturbed by such statements; because this would make France the first country to officially declare support abandoning the UN resolution on the return of Palestinian refugees to their original lands from where they were forcibly evacuated at the hands of Zionist gangs that later established "Israel".

"We in Hamas are keen on maintaining good relations with France and the West in general but such statements do not serve that end," the spokesman underlined.

He said that the statement further reveals a clear French bias to the Israeli occupation against the Palestinian people's rights.

Abu Zuhri finally urged Sarkozy to re-consider his statements and to draw them back."
Posted by Tony at 12:18 PM