Hamas: Palestinian people victim of genocide, world should move to save them 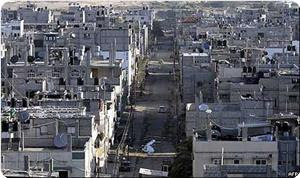 "GAZA, (PIC)-- The Hamas Movement on Monday called on the world community to step in and save the Palestinian people in the Gaza Strip from a systematic Israeli genocide that started with the tight blockade imposed on it more than 16 months ago.

Sami Abu Zuhri, a spokesman for the Movement in Gaza, warned that the humanitarian conditions in the Strip were rapidly deteriorating due to the tight siege.

He said that goods started to disappear from shelves in the markets and medical supplies were running out of stock to the extent that some urgent surgeries were delayed due to the lack of anesthetics.

The spokesman urged the international community and the Arab and Islamic countries in particular to assume their responsibility towards such a genocide before it was too late. "We are witnessing mass murder before the very eyes of the world," he elaborated.

Abu Zuhri affirmed, however, that the continued siege would not force the Palestinian people to surrender their constants or acquiesce to occupation's dictates."
Posted by Tony at 11:56 AM