Sarkozy tells PM: Palestinian refugees will not return to Israel 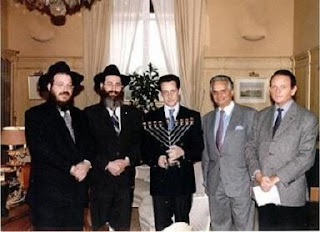 "Each side should have its own nation-state," he said, according to Israeli officials who were present at the two leaders' meeting. "It is not reasonable for the Palestinians to demand both an independent state and also the refugees' return to the state of Israel, which even today has a minority of one million Arabs."....."
Posted by Tony at 7:54 PM