Learning the Lesson of Divide and Conquer from Their Israeli Master: Report: Fatah instigating conflict between Islamic Jihad, Hamas 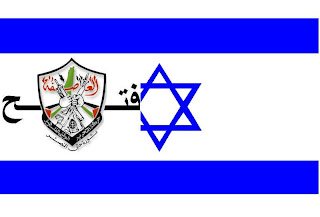 "....The Nazareth-based daily al-Sinara reports that Fatah members have been slyly joining other Palestinian groups, such as the Islamic Jihad, in an attempt to push these groups toward confrontation with Hamas.

Fatah activists in question did not join other Palestinian groups to aid them, but rather to "incite them into a civil war with Hamas," he continued.

"Fatah members in Islamic Jihad are the ones that have been shooting at the Executive Force (Hamas' security body) and at Hamas activists," the source said.

According to the source, the recent confrontations between Hamas and Islamic Jihad forces have been a result of this phenomenon.

On Sunday, a Palestinian was killed in an exchange of fire between Hamas and Islamic Jihad. The victim was the nephew of Khaled Mansour, an Islamic Jihad commander in southern Gaza. He was apparently killed in a Hamas attempt to murder his uncle, Palestinian sources said.

Islamic Jihad claims that Hamas is trying to liquidate Palestinian opposition to its rule in Gaza.

The Islamic Resistance Committee has refused to integrate Fatah members into its ranks because of a fear that this will incite conflict with Hamas, according to the source......."
Posted by Tony at 4:08 PM