First the Turks, Now the Iranians; Where are the Arabs?? Do They Exist?? How About a Spine Transplant?? 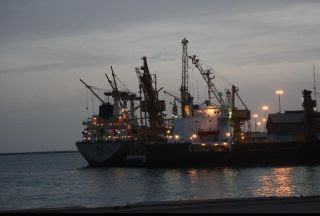 "Two Iranian aid ships carrying humanitarian relief and medical supplies for the people of Gaza will set sail for the coastal sliver in the upcoming days.

Iran's Red Crescent announced Monday that the cargo will include food, medicine and appliances and it will be accompanied by a group of Iranian doctors and relief workers.

"The aid consists of food and medical supplies, which will be transported into Gaza via the Rafah border in Egypt before the week is through," the country's Red Crescent Director Abdolraoof Adibzadeh said.

The Rafah border crossing is the only escape route from Gaza that does not lead to Israel.

"Iran is also preparing to dispatch a navy hospital ship for the people of Gaza, which will have onboard doctors, nurses and all the medical equipment required for emergency surgeries and procedures," Adibzadeh further explained.

The decision comes in the wake of a deadly Israeli attack on the Gaza-bound Freedom Flotilla carrying thousands of tons of aid supplies and hundreds of humanitarian activists to the coastal strip.

Israel's military attack into the Turkish aid vessel M.V. Mavi Marmara resulted in the death of nine activists -- including a Turkish teenager -- and the injury of more then 40 others."
Posted by Tony at 3:26 AM