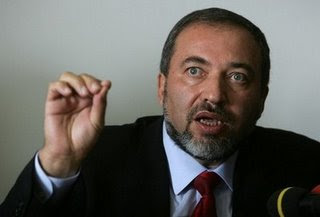 "Following its criminal hijacking in international waters of the Gaza Freedom Flotilla and murder of at least 9 passengers, Israel has tried to justify its cruel blockade of the Gaza Strip on the grounds of "security." To anyone familiar with Israeli policy and the situation in Gaza, this excuse is absurd.
The list of items banned from Gaza has famously included such things as cilantro, cinnamon, jam, paper, musical instruments, potato chips and other snack foods, toys, canned foods, among thousands of others. Israel's blockade has been widely recognized and condemned not as a necessary security measure but as illegal collective punishment. And the siege -- which severely restricts or bans basic necessities from foodstuffs to clothes to building supplies -- has caused real harm, economic and human devastation, including growing malnutrition among children, and persistent food insecurity for the vast majority of the population.....
Yet this is precisely what Israeli foreign minister Avigdor Lieberman says Israel should -- and is doing -- by maintaning the blockade of Gaza. As Haaretz reported today,
Foreign Minister Avigdor Lieberman said Thursday that Israel should not lift its blockade on the Gaza Strip unless Hamas agreed to goodwill gestures such as allowing representatives of the Red Cross to visit captive Israeli soldier Gilad Shalit.
Lieberman told Amir Oren and Gabriela Shalev, Israel's ambassadors to the United States and the United Nations, that there was no reason to change the status quo with that regard until Hamas acceded to that minimum request......"
Posted by Tony at 7:09 AM