For the US in Afghanistan, the News Is Bad 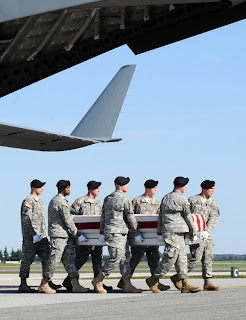 "While U.S. officials insist they are making progress in reversing the momentum built up by the Taliban insurgency over the last several years, the latest news from Afghanistan suggests the opposite may be closer to the truth.

Even senior military officials are conceding privately that their much-touted new counterinsurgency strategy of "clear, hold and build" in contested areas of the Pashtun southern and eastern parts of the country are not working out as planned despite the "surge" of some 20,000 additional U.S. troops over the past six months.

Casualties among the nearly 130,000 U.S. and other NATO troops now deployed in Afghanistan are also mounting quickly....."
Posted by Tony at 4:28 AM