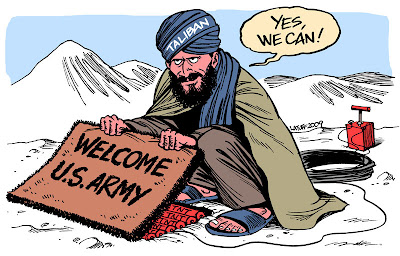 Seven Americans, two Australians and one French legionnaire killed on deadliest day for Nato forces in country since October

"Ten foreign soldiers, including seven US soldiers, were killed in attacks in Afghanistan yesterday in what was the biggest single-day death toll of military personnel this year.

Five of the Americans died in an explosion in eastern Afghanistan, a US military spokesman said...."
Posted by Tony at 4:32 AM