Lieberman: It's No Use, Turkey Won’t Change

"...."It would be a mistake thinking that we could change the Turkish stand against Israel with another effort or gesture, as there has been a strategic change in the Turkish government which stems from deep changes in their society," Lieberman said Tuesday in a meeting with members of the Conference of President of Major American Jewish Organizations in New York. 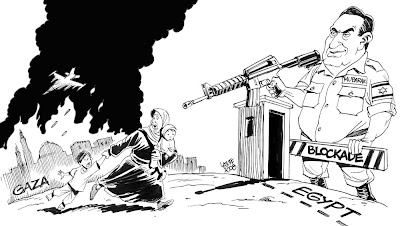 Addressing the Egyptian decision to open the Rafah crossing permanently, Lieberman said that "maintaining the calm in Gaza is first of all an Egyptian interest and there is a great deal of cooperation between the security forces of Israel and Egypt."

As for Iran, the foreign minister said he hoped to see "real tough decisions against Iran" during the UN Security Council meeting on Wednesday, but added that "the situation is probably slightly different and this is the entire international community's problem."....."
Posted by Tony at 4:12 AM