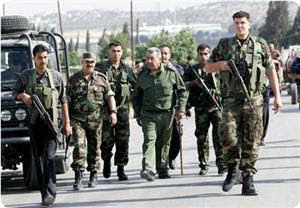 "JENIN, (PIC)-- High tension still prevails throughout the Qabatiya town in Jenin district after PA security elements under the command of PA chief Mahmoud Abbas killed Tuesday a Palestinian child and seriously wounded a young man who is now in a state of clinical death.

Qabatiya citizens reported that the PA security campaign started in the morning with deliberate provocations against citizens at the entrances and alleys of the town.

According to the citizens, it seemed obvious that the PA security elements, through their arbitrary acts, wanted to humiliate and suppress the people of this town at any price.

A unit composed of 600 presidential guards was deployed in Jenin in order to carry out security campaigns in line with the security cooperation with the Israeli occupation and the other security apparatuses there were put under its command for three months. The members of this unit were trained in Jordan at the hands of American security experts under the supervision of general Keith Dayton.

The PA security apparatuses kidnapped eight Palestinian citizens in the Qalqilya town, northern West Bank, within a fierce compaign carried out against Hamas's cadres there and deprived their families from knowing where their sons were detained.

A newly-released detainee called Na'el Hammad reported that he was exposed to maltreatment for 20 days at the hands of PA intelligence officers in their jails, adding that he cannot believe what happened to him."
Posted by Tony at 6:00 AM